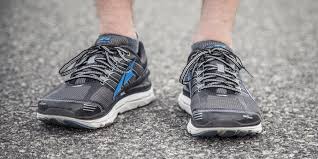 The Lord works in mysterious ways, and this morning was no exception. I began the day with devotional time, which included reading Proverbs 12:18-27. Verse 21 states,

“No harm comes to the godly, but the wicked have their fill of trouble.” Next to this verse I wrote in my Bible, “By ‘no harm’ it doesn’t mean there aren’t challenges for the godly, but that the godly perceive them differently. They look for the lesson in the testing.”

Afterwards I went out for my morning walk/run and decided to head in a
different direction than normal. As I ran, listening to a podcast, and trying to increase my speed, I tripped on the smallest of bumps in the concrete and fell headlong onto the sidewalk; the palms of my hands and knees breaking my fall. (I’m pretty sure I flopped like a fish out of water. It’s ok to laugh, I just hope no one caught it on their home security camera and post it on Facebook!) As I sat up, out of breath, my first thought was gratitude that nothing appeared to be broken, though my palms were beginning to bleed and my pants were torn on my right knee. I contemplated calling my husband to come pick me up but knew that my gasping for breath and rattled state would upset him and my running days would be no more. I
couldn’t stand on my own because putting pressure on my knees and palms was too painful. In the distance I saw a man coming my way and despite social distancing, asked him to help me up. He did, then handed me my water bottle that had landed several feet in front of me and wished me a good day.

I started to return home but my knees weren’t hurting and the cold water in the bottle felt good on my palms so I continued in the direction of the man who’d helped me. I soon came up behind him sitting on a park bench where he appeared to be wrestling with his thoughts. He didn’t see me and I kept walking past him.

Then I felt God speaking to me, telling me to go back and talk to this man. “But I don’t know what to say to him.” “I will tell you what to say, just tell him I asked you to speak to him.” But, but…then I was reminded of how obedient the apostles were and how God used them and of how I want to be obedient as well.

I turned back, thinking if he was still on the bench I’d talk to him. And, of course he was. I approached the bench and with his approval joined him there. I told him, “I feel like God wanted me to talk to you, to tell you that He loves you, He sees you, and He is with you.” The man smiled widely and looked a little sheepish, then told me that he had come out for a walk in hopes of overcoming some nervousness he had about a job interview coming up later in the day. He admitted he hadn’t prayed in some time but had felt a prompting to pray this morning. He had chosen the walk instead. I offered to pray for him and we held on to each other’s fingers (my palms were still bleeding) and bowed our heads and prayed, thanking God for using my fall to enable our encounter, asking for peace and His presence with this man as he went through the interview process and to bless his life beyond the interview. When we were done praying, I told him that God’s ways were mysterious, pushing me to pray for him, when he wouldn’t pray for himself. God just wants our faith in Him.

As I got up to leave, I remembered the passage from Proverbs…no harm comes to the godly, and realized that even though my hands were raw and bleeding, God had blessed me in this encounter. And while I felt remorse for all the times I haven’t answered God’s call – I felt braver, I felt God’s presence and His willingness to use me despite my hesitancy. Two weeks later, my knees and right palm have healed, but my left palm is still raw and painful. I’m quite sure I will have a nice scar to remind me of these things.

I’ve shared this story with several people, three of which have told me I should blog about it, so here it is. I hope that it inspires you and blesses you.